Chirag Bangdel’s poetic paintings explore the traditional motifs through the use of rhythmic modern forms. The traditional contents are the love of the cosmic couples, Gita and Govinda or Radha and Krishna, mandala and meditation. The artist does not represent these subject matters of early paintings as they are but recyles and appropriate

Chirag Bangdel’s poetic paintings explore the traditional motifs through the use of rhythmic modern forms. The traditional contents are the love of the cosmic couples, Gita and Govinda or Radha and Krishna, mandala and meditation. The artist does not represent these subject matters of early paintings as they are but recyles and appropriates them to express his inner feelings and emotions. In the series of Gitagovinda, the artist presents the nuances of love. The figures of Gita and Govinda are pulled together as if by centripetal force of delicate fragrance. The rhythmic and musical movement suggests the intensity of their attachment. The couple seems to be flowing in cosmic rhythm. The image of Krishna’s flute is coherent to their musical movement. The eyes of the figures are open but they seem to be looking inward, that is, they are overwhelmed by the inner feelings rather than external sensuality. Gita and Govinda maybe the representations of the male and the female principles, prakriti and purusa.

Radha seems to be positioned a bit up and Krishna below. Such presentation subverts the traditional representations of the male and female deities. In traditional paintings and sculptures, female deities are generally portrayed in smaller size than their male counterpart, and positioned a bit below the male deity suggesting the second in hierarchy. By realizing the equality, consciously or subconsciously, between male and female, Chirag Bangdel alters their positions. The images like lotus and fish suggest the harmony and coherence. Lotus is the symbol of enlightenment which is supposed to be achieved from the union of individual sadhaka and cosmic being. The big elongated eyes of the couple echo to the Rajput paintings. There are decorative motifs of the leaves and vines. The artist exploits distinct contour and flat primary colours to some extent. There are a number of contents and forms that the artist shares from the traditional painting, particularly Hindu manuscript illuminations, such as the images of Radha and Krishna, lotus, fish, decorative patterns, distinct contours and flat colours. Nevertheless, the artist reformulates, recreates and recycles these elements using modern techniques to express his own feelings and experiences.

Structure of mandala, meditating figures of Buddha and other saints are also the recurrent traditional elements in Chirag’s works. He shares from the medieval mandalas but alters the structure and form exploiting his own innovative techniques. Mandala is yantra (instrument) for meditation and concentration. The structure leads the viewer/ sadhaka toward the centre where the principal deity is supposed to reside. As the sadhaka coincides with the deity, the individual self and the cosmic being become one entity. The duality between the self and the other dissolves. In traditional mandalas, there is centre, but Chirag creates two centres in some sense. One is created in the middle of the lotus. At this centre, the deity remains in abstract form, and the figurative form of the divinity appears above, that also equally attracts the viewer’s attention. On the process of meditation, the two centres function in sequence from lower to upper, from abstract to concrete. This is the quest of tattva, the cosmic being.

The artist presents verbal texts in Tibetan script with visual images of meditating figures. As the artist makes the collage of papers, prayer flags and real leaves on the canvas, there appear a number of layers with rich texture in the artworks that arouse tactile sensation in the viewers. Chirag is not only the visual artist but also a poet. He employs the music of poetry in his paintings through the use of colours and lines to create rhythmic movement.

Chirag Bangdel is an artist, writer and a poet based in Kathmandu.

Chirag is celebrated for his figurative compositions and has created a large number of works in the genre. Chirag is also loved for his other series of mixed media and collage artworks which he calls “Tattva”. His eighth solo exhibition of paintings in 2006 was organized and hosted by The World Bank, Kathmandu, to mark Women’s Day. In 2012, The World Bank, Kathmandu organized and hosted another exhibition in its Public Information Office premises.

As a writer, Chirag wrote regular columns for different magazines and has authored four collections of poems, “But To Dream”, “After Midnight”, “Fermenting Flowers” and“Uphill Darjeeling.” His book of short stories and haiku, “Mist Around The Stupa” was published by Chautara Publications, the Netherlands, in 2009 and has enjoyed a second reprint.

In the last few years, among other places, his works were shown in The Netherlands, France and Germany. His recent exhibitions include very successful shows in Kathmandu, Dubai and Pakistan.

Fifty-three of his paintings have been featured in United Nations Population Fund (UNFPA) 2009 calendar, printed 2000 copies.

Chirag is also appreciated for his ongoing series of installation art which he calls “ Experience Red” where he tries to show the futility of violence.

Chirag has also created a large number of works that talk about women’s issues. He has been commissioned two times by WaterAid Nepal to create a series of installation art that talk about water and sanitation and reproductive health of women.

On February 2018, Chirag represented Nepal in the prestigious India Art Fair 2018. Along with six other artists from the country, they were represented by  Nepal Art Council.

Chirag Bangdel is also a radio presenter and producer. He is also the Founder President of South Asian Poetry Festival For Peace , a poetry festival that takes place in Kathmandu.

Chirag has been featured as “Young Achiever” by The Infotiser Magazine , Navyata Magazine and Wave Magazine. 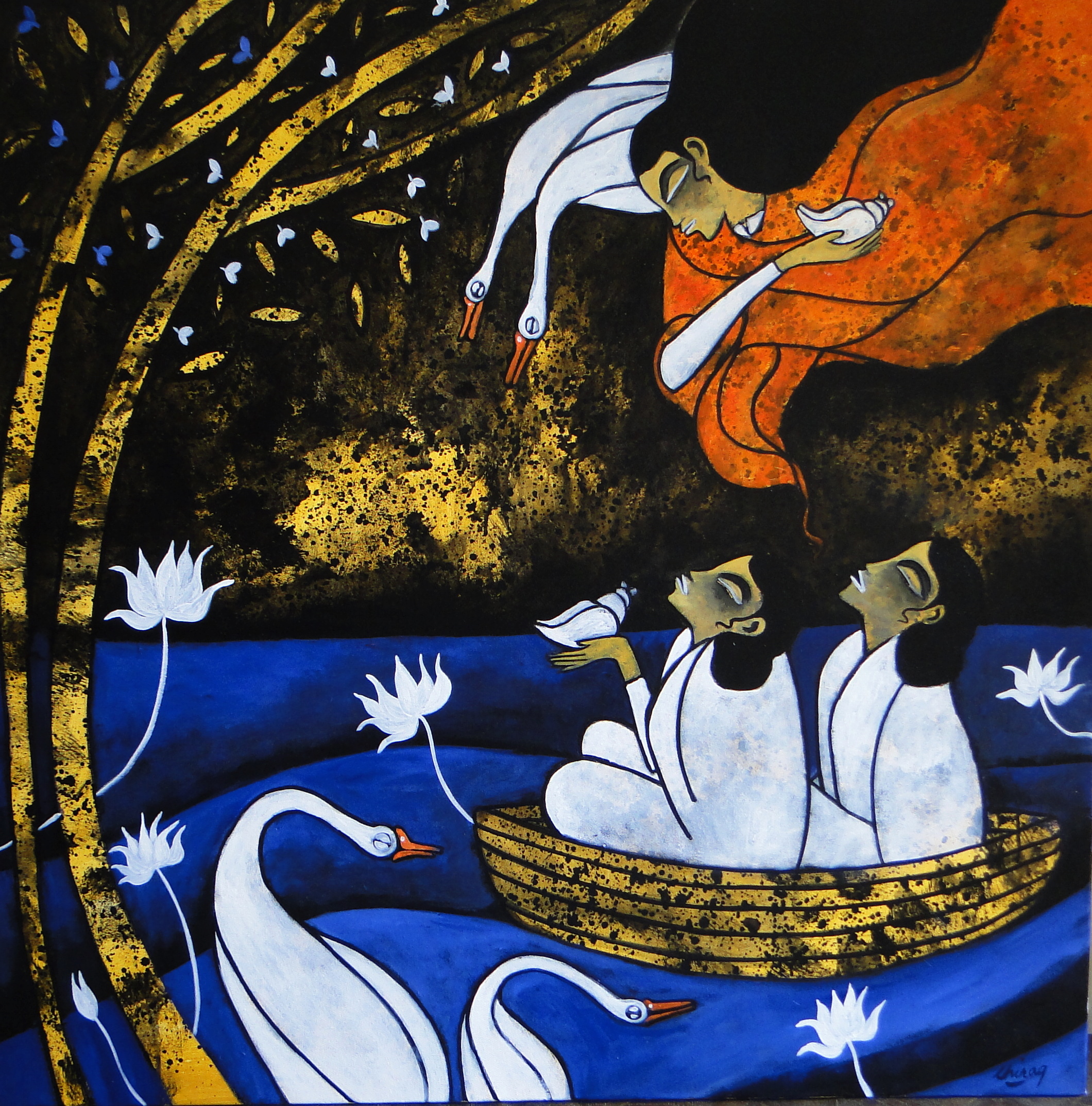 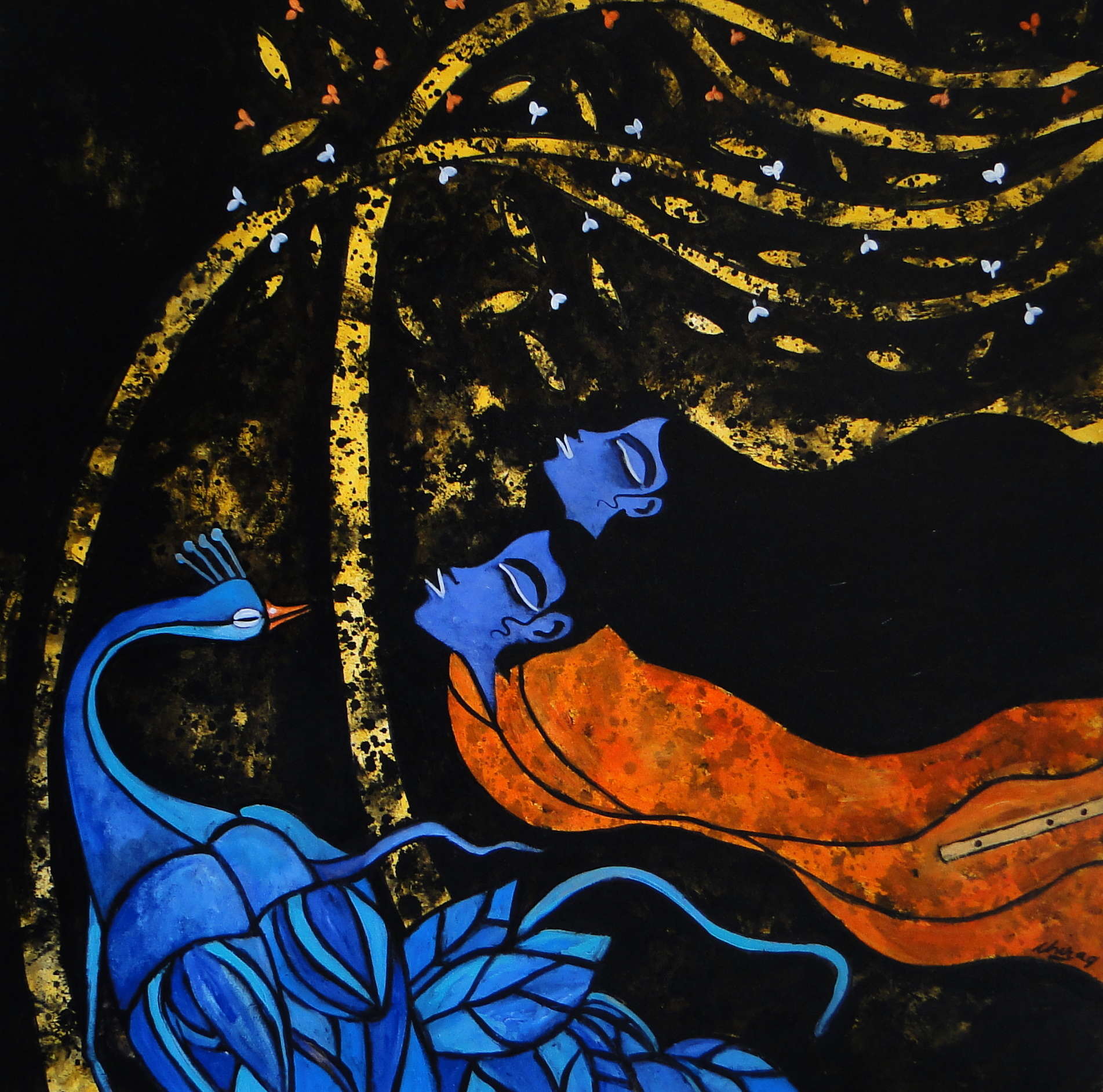 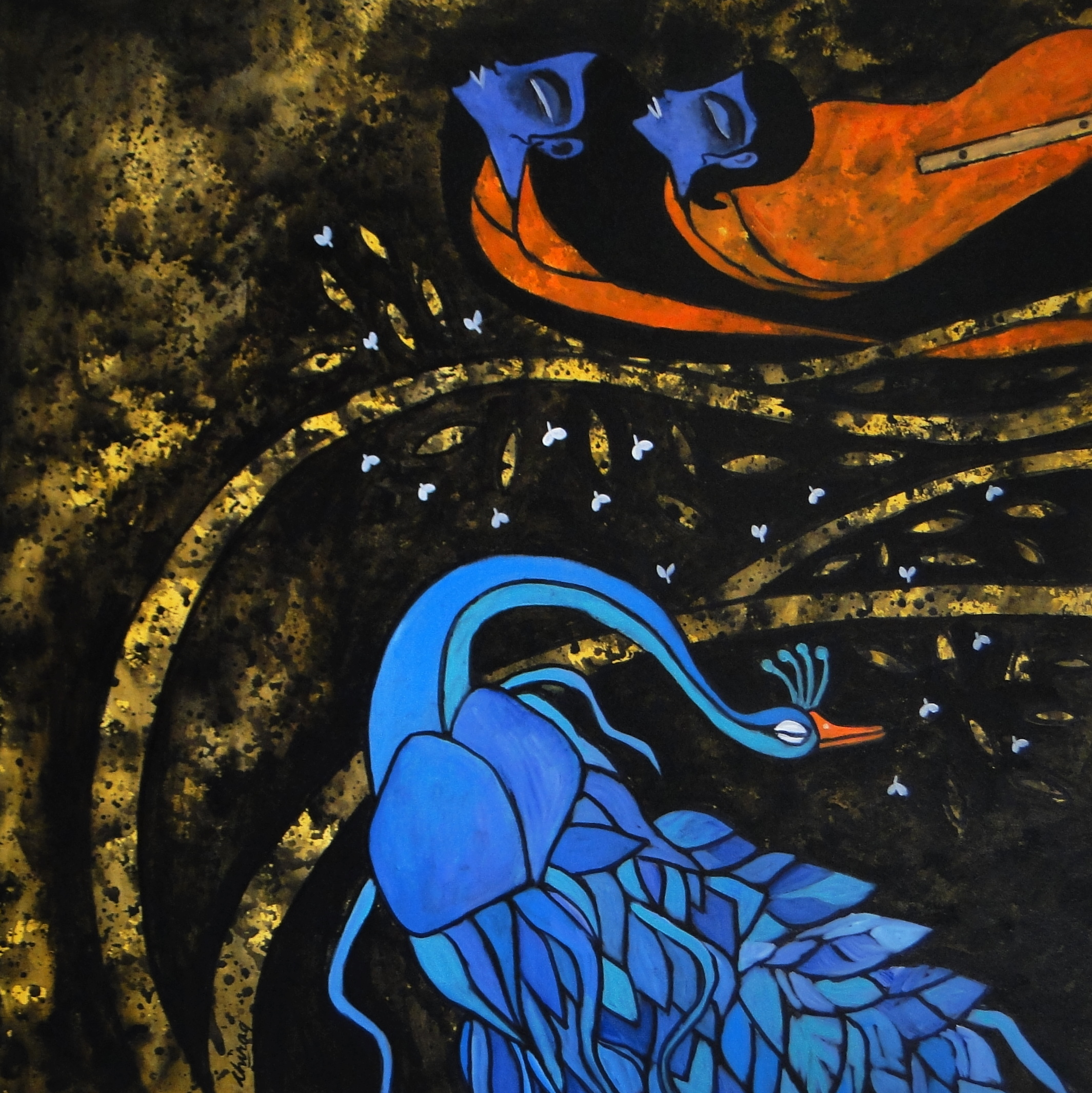