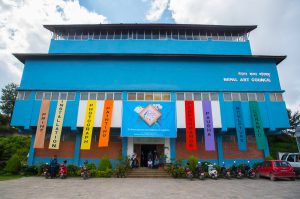 Initiated by E-Arts Nepal in 2017, the second edition of the Himalayan Art Festival 2018 was held at the Nepal Art Council, Babar Mahal, from 11 to 15 September. The second edition of this art festival directs itself to a more comprehensive and holistic approach towards the perception of contemporary Nepali art, presenting art, from 135 different artists, within a multitude of genres that includes; paintings, Paubha, sculptures, installations, photographs, print media, ceramic and performances. The exhibition was jointly inaugurated on 11 September by Sangita Thapa, Ritu Singh Vaidya and Prama Rana.

The five-day long exhibition was made more lively and vibrant with the inclusion of various art activities. On the second day, 12 September the festival was followed by a musical performance by Salil Subedi. The third day of 13 September came with an art talk/panel discussion program moderated by Swosti Kayastha Rajbhandari. The speakers of the first session were Madan Chitrakar and Sujan Chitrakar and the discussion topic was about the “Inclusion of Contemporary Nepali art in BFA academic programs.” The second session’s speakers were Mukti Singh Thapa and Uday Charan Shrestha, where they both discussed about “The current state of the Paubha painting.” 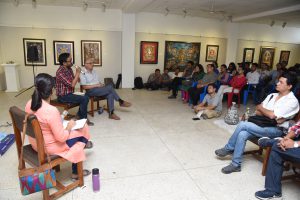 The 14 September staged a live art performance by six young artists coordinated by Bindu, space for artists. The final day of 15 September had an art workshop for about 40 kids, where they talked about exhibited arts and copied their loved artworks from the festival. The festival came to an end with an exclusive performance by actors from the Actors’ studio on the theme of “Rape Machine” and “Sudhaa” experimental Kathak dance performance by Subima Shrestha. 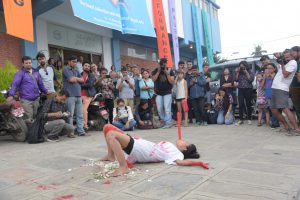 The event showcased works of representing a wide spectrum of artists-from young artists to well established acclaimed artists. In fact, it was organized as a broad platform for all possible Nepali creators regardless of their age or status whether they are a young upcoming artists or veteran. 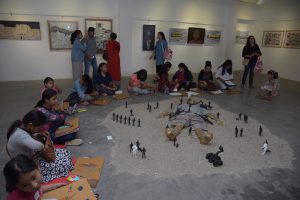 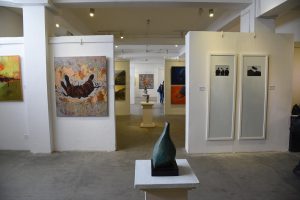 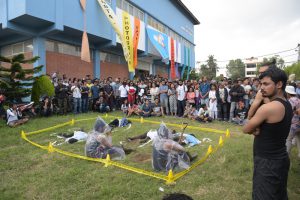 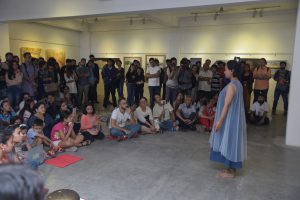