Kiran Manandhar recycles some of the contents and forms of early Nepali arts in his abstract, abstract expressionist, collage and performance art. Influenced by the mandalaic structure of paubha paintings, he explores the theme of concentration, meditation and enlightenment through his mandalas which are subjective, plural and open-ended.

Kiran Manandhar recycles some of the contents and forms of early Nepali arts in his abstract, abstract expressionist, collage and performance art. Influenced by the mandalaic structure of paubha paintings, he explores the theme of concentration, meditation and enlightenment through his mandalas which are subjective, plural and open-ended.

He used the mandalic form that he executed on Nepali rural hand-made paper to create this effect. To him Mandala was/is everything-solidity, surface, sky, earth, confluence of mind and universe, a consciousness symbolized by the vulva and the movement of energy to and from it. They have psychological dimension. They create an atmosphere of the mind through brush strokes, distribution of colours not in tonal merger but in terms of the distribution of each over the entire surface, a technique used by Kiran Manandhar in nearly all of his paintings to create linear effects of both the visible and invisible lines. The total effect is a sense of movement round a certain anthropomorphic image.

However, his mandalas are not the objective representations of the mythical mandalas but expressed through abstract shapes and colours. He transcends the “cognitive side” of the image and tries to “figure out its inner beauty”.

He has been influenced by Emil Nolde’s expressionist forms, Willem de Kooning’s abstract expressionism. However, his works do not depict the degeneration, disillusionment and angst like that of de Kooning and Nolde’s paintings but suggest peace and create meditative mood in the viewers.

Some of his works have inter-textual and inter-art relationship. He presents visual and verbal texts simultaneously in the same canvas. Sometimes he makes the collage of poems by other poets on his canvas and creates visual images around and over them using colours. He also creates pictures simultaneously with the recitation of poems and performance of plays. He creates texts in his paintings and reads colours and brush strokes in poetry.

Having flexible attitude towards the medium, he gives performative power to his paintings. He commences his painting process on the curtain like canvas on the stage simultaneously with the beginning of the performance of the plays or poems, continues as long as the drama keeps unfolding and captures his impressions of the play or the poem in visual form. Performance art, with the participation of poets, painters, musicians and actors, inter-penetrates the boundaries among various art forms and creates a sort of mosaic.

Although he has been influenced by abstractionism, abstract-expressionism, collage and performance art of the west, his works create a “synthesis of Eastern and Western art traditions”. What makes him distinct from the rest is the way his art has absorbed a number of a “foreign elements” in terms of stylistic tendencies without affecting his individual mode of expression, which while corresponding to the international character of modern art, derives its inspiration whenever possible, from native sources.

Kiran not only exploits the forms and contents of mandala, found in Nepali paubha paintings but also Nepali medium like hand made rice paper. In his works, the “primitive Himalayan paper enters into a dialogue with the western media.” 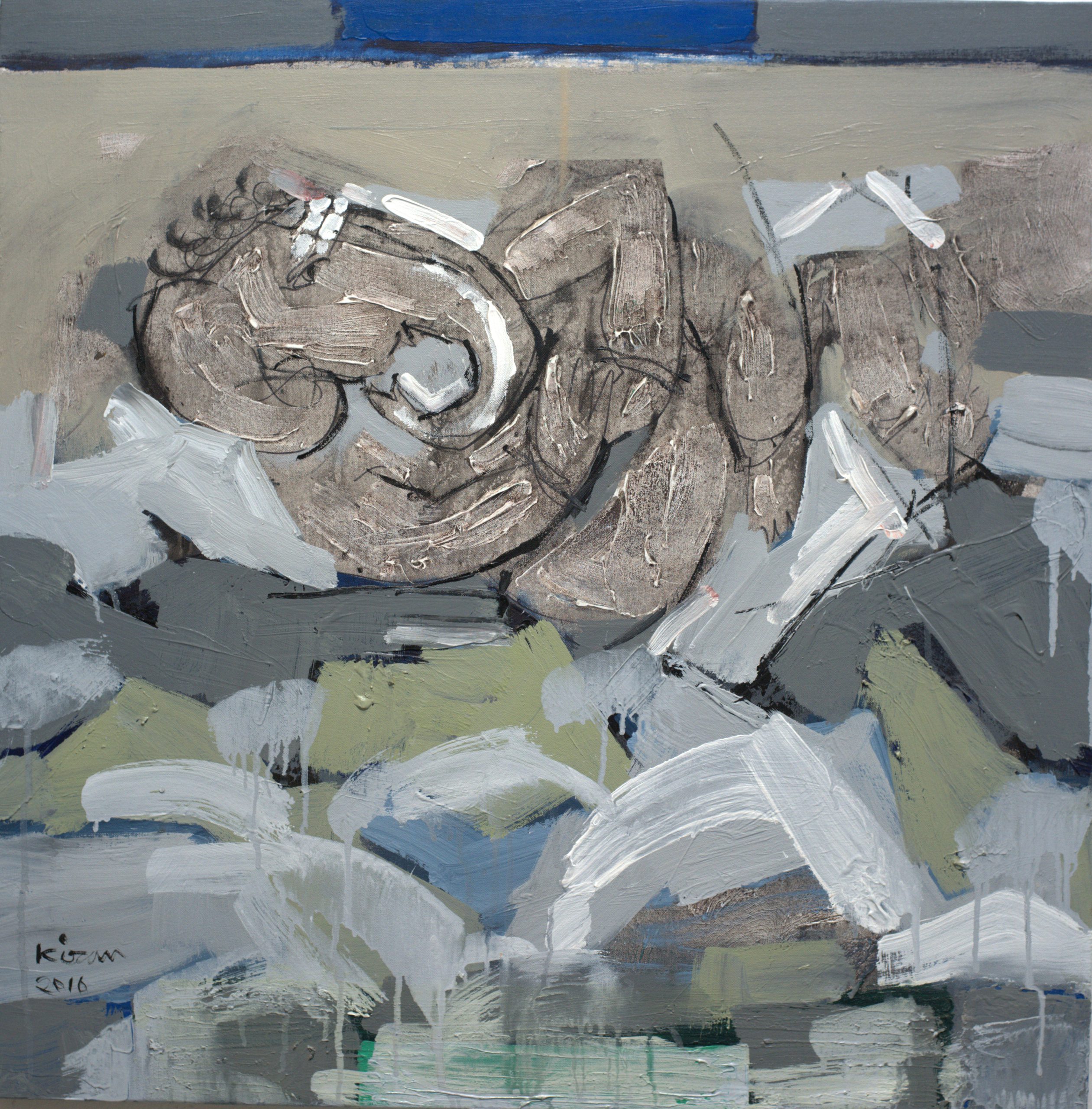 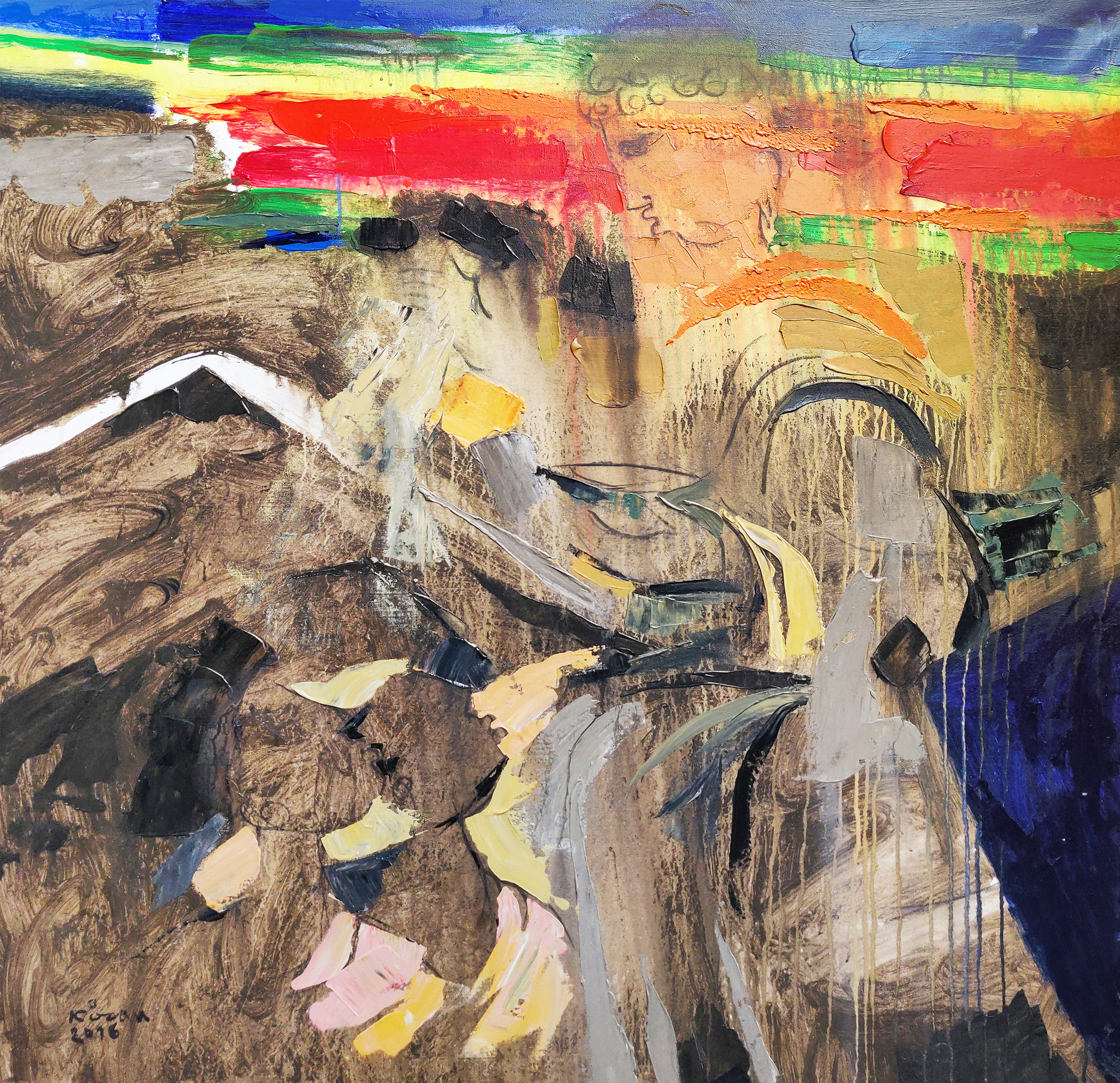 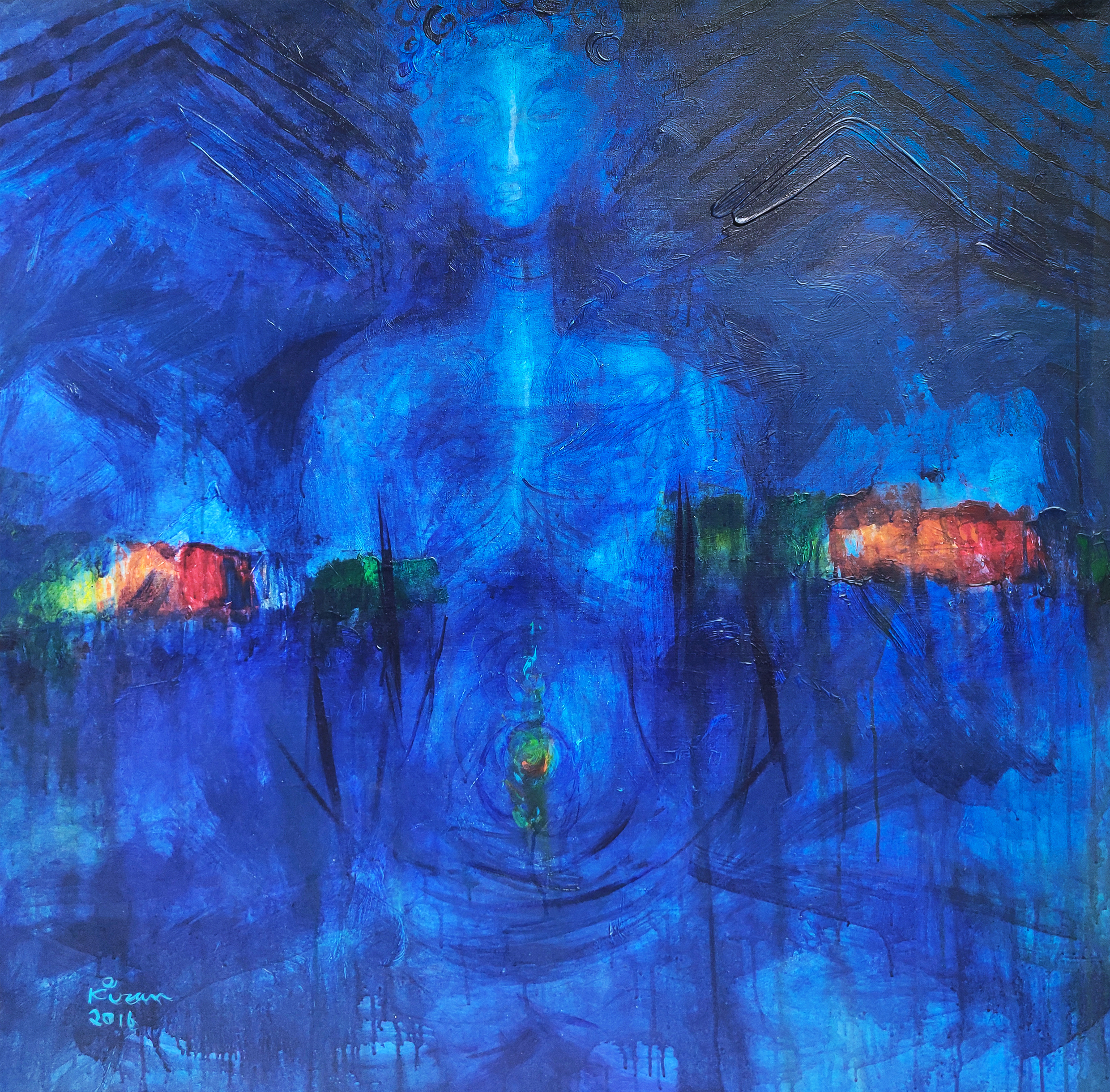 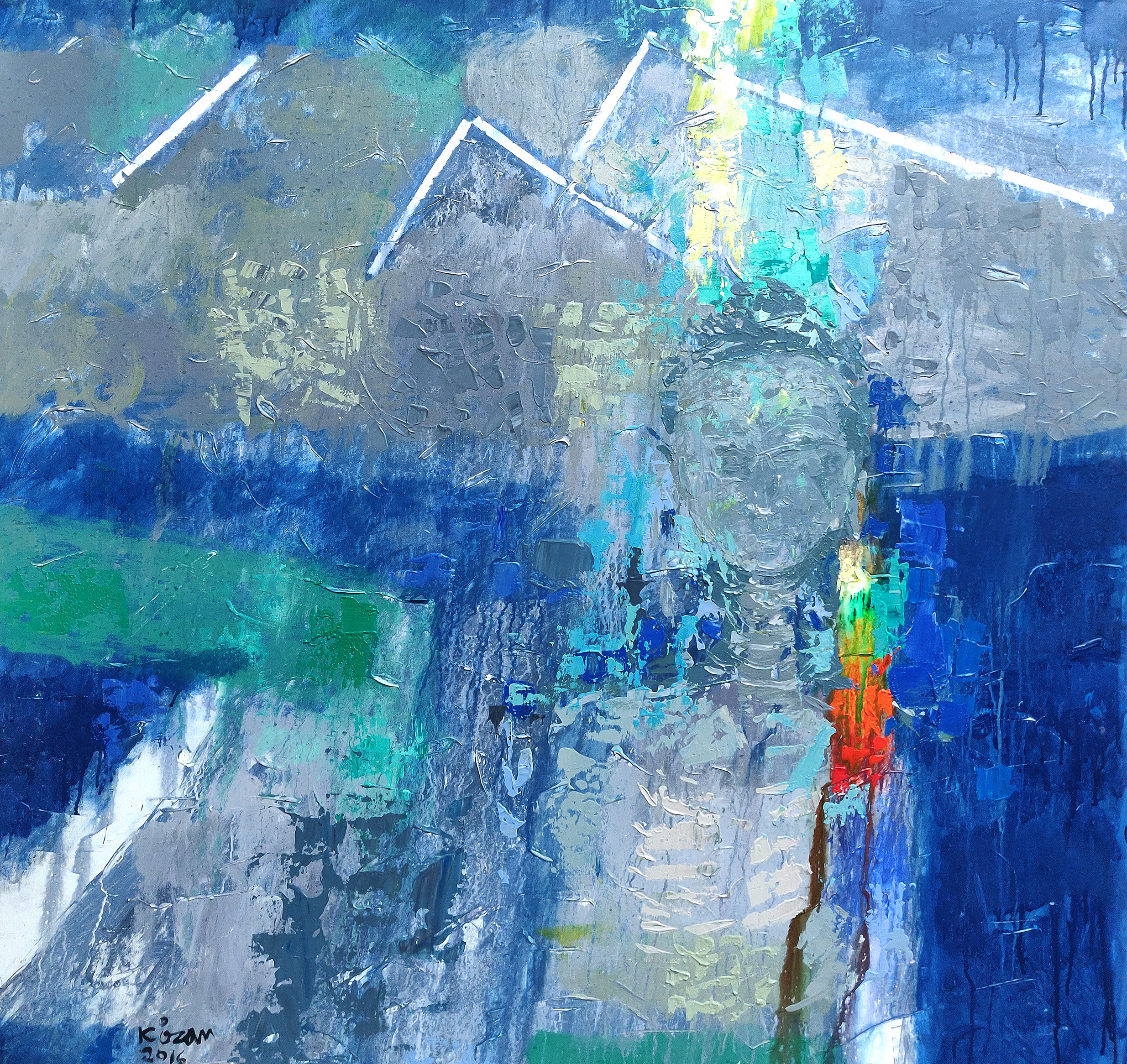 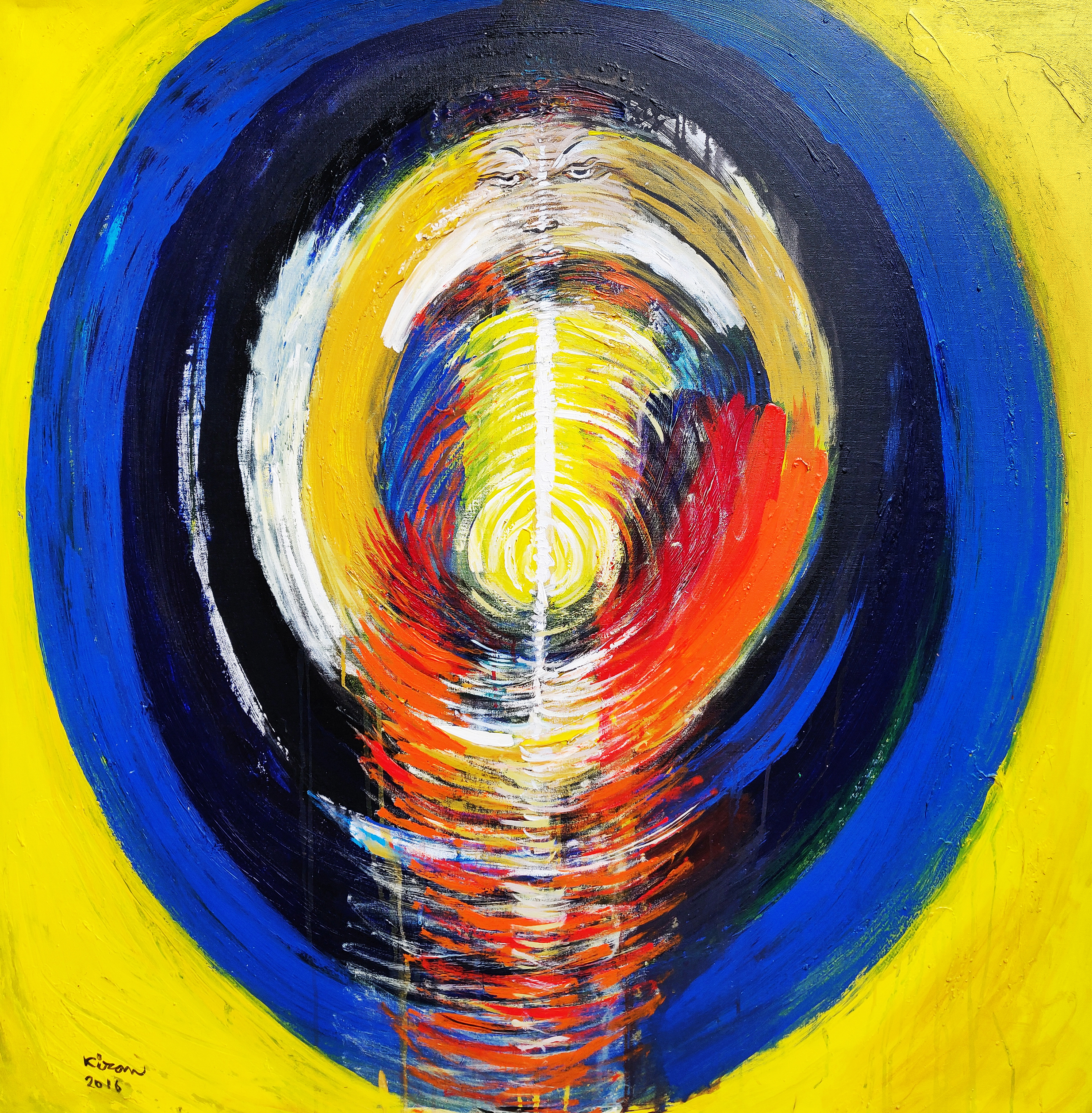 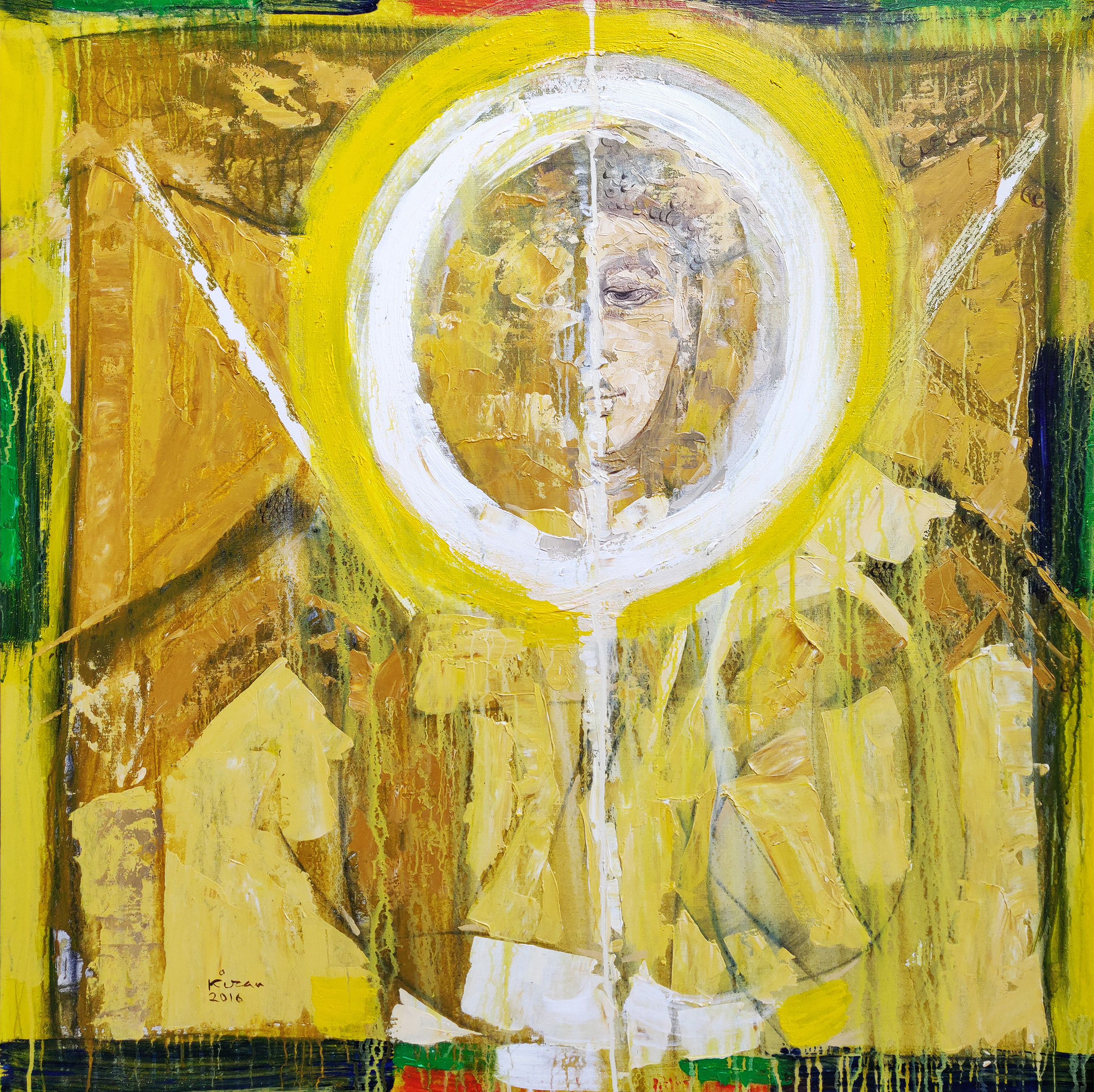 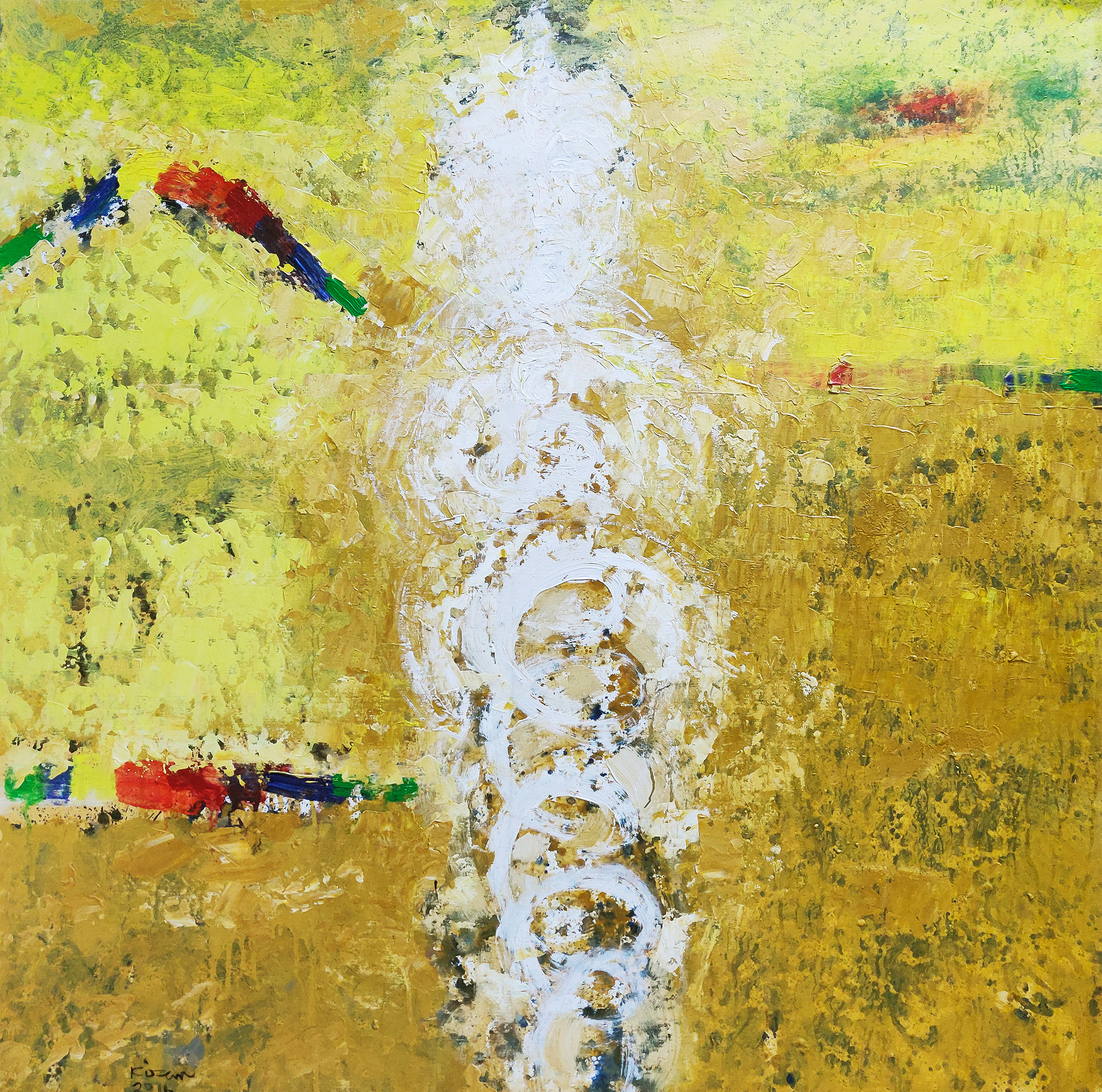 Love and Passion I